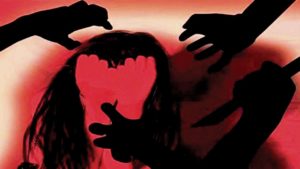 Five women including a minor were rescued by the Malwani police on last Thursday. Police have also arrested a 35-year-old woman who was running the sex racket in a residential area.

A team constituted under the supervision of Senior Police Inspector, Jagdeo Kalapad following a tip-off rescued the victims in a joint raid with the International Justice Mission (IJM), an anti-trafficking non-profit organization.

The probe revealed the victims were locked inside the house by the accused who is said to have been initially renting her premises to a pimp for his customers. Eventually, she saw the value in interacting with the customers directly and began soliciting numerous young women for the purpose of prostitution.

Explaining the modus operandi, police said that the accused used WhatsApp as a medium to show pictures of girls to clients. Based on their selection she would call the girls and her clients to her home. The racket came to light after a tip-off was received to IJM who in turn informed the police.

Melissa Walavalkar, Director of operations, IJM said, “The improvement in the efficiency of law enforcement over the years, especially to protect minors, has brought about a change in the way sex traffickers operate. From demarcated red-light areas, brothels, or lodges, girls are now being provided to clients for sexual engagements in private residences.”

She added, “The efficiency of Senior PI Kalapad and his team represent the proactiveness and skill of our police force in combating commercial sexual exploitation of minors.”