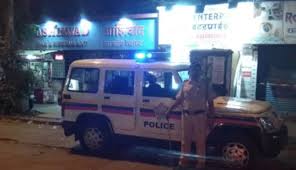 Three people were arrested under various sections of the Indian Penal Code and Immoral Traffic Prevention Act, while two others are missing, he said.

“Acting on a tip-off about immoral activities at the hotel in JB Nagar area of Andheri, a Crime Branch Unit 10 team raided the place. The main accused, Karan Naman Yadav alias Gulli, used to run the racket by soliciting customers online through several mobile phone numbers,” he added.

Karan Naman Yadav, who owns the hotel, has been arrested along with Santosh Yadav and Ashok Yadav, while two persons identified as Samir and Amar Yadav are missing, he said.

They have been sent in police custody till October 4, he added.