Meet the Bangladeshi women who fled violence, were trafficked, and are now trapped in India 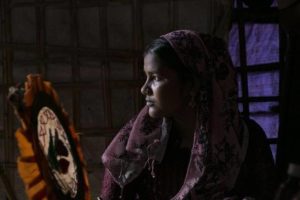 Their realities often intersect — they come from extremely impoverished backgrounds; they fled exploitative situations hoping for a bright future; and are now incarcerated as illegal migrants.

Before I came here I didn’t know some place called Indiya existed,” said Salma*, 18, her face contorting as she tried to pronounce the word correctly. “I had heard of Bharat, Kolkata and Hindustan. I knew that only Hindus stayed in Bharat and there were no Muslims. That is all I knew.”

When Salma left her husband and his abusive family in Bangladesh and crossed the border to India, she was not quite clear about the concept of this desh called Indiya, or of the boundaries between the nation-states. India, to her, was a geographical space. And now, India is the place she is imprisoned in for being a foreigner without valid documents.

Nargis, a 22-year-old widow, knew something was wrong when the dalal (agent) she was travelling with on a train offered her an apple. “I knew there was something behind it,” she said. Nargis was on her way to a job that the man had promised. “I told him I wanted to go back; but he said that once someone gets on this path, they do not return. I tremble when I think of him even now,” said Nargis, who later found herself in a correctional home in Kolkata. “Didi, why did he say that one cannot return… is it true?” she asked me.

Reshmi, 22, managed to escape the clutches of the trafficker who brought her to India; but then she had to contend with the Border Security Force (BSF). “The BSF caught me. They kept me in their camp for a night, they kicked me in my stomach, they raped me, they tortured me. I fell unconscious. I had to be admitted to hospital. It’s been two years and three months; some parts of my body still ache.”

Salma, Nargis and Reshmi do not know each other. But their realities have intersected constantly — violence is central to their experience, even if the perpetrators are different; they come from extremely impoverished backgrounds; they have fled exploitative situations to what they hope will be a bright future; and now, they are all incarcerated in India as illegal migrants.

For most of these women, crossing the border was about moving from a vulnerable and violent situation in the hope of a better place. They placed their hopes on the goodness of a ‘facilitator’, mostly a friend or acquaintance from their village, who assured them of a job or refuge. Instead, they found themselves trafficked, mostly to brothels in India.

When the Assam National Register of Citizens (NRC) was published on August 31, it stripped 1.9 million people in India of citizenship and a sense of belonging. This anxiety has a specific historical context in Assam. Whether it is through the NRC or through the everyday functioning of the criminal justice system, the country has created a group of people sans national identity. Detention centres are being built to house these nowhere people but their future is not in sight.

These are people we use every day as cheap labour — domestic workers, construction workers, manual scavengers — yet their lives are lived invisibly, with no identity. These nowhere people, ironically, are being used as scapegoats to assert a sense of belonging for the average Indian citizen. This is the politics of othering, where the self derives power by marginalising the already disempowered.

The Bangladeshi women languishing in Indian prisons are another such set of disempowered people trapped in no-man’s land. Bangladeshis make for the largest segment of foreign prisoners in India. According to the 2015 Prison Statistics India, there were 1,493 Bangladeshi convicts (of 2,353 foreign national prisoners) lodged in prisons across the country. 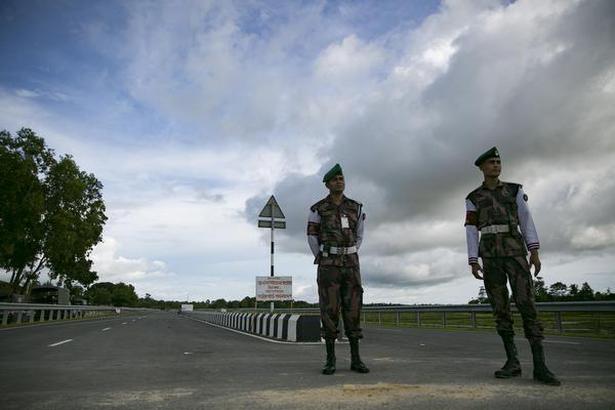 As a student social worker, I worked in a prison for female undertrials in Mumbai in 2008-09, and later as a doctoral researcher in two prisons in Kolkata in 2010-11. Over the last decade, I have engaged with several stakeholders on this subject.

In some States, Bangladeshis without valid documents are arrested under the Foreigners Act, 1946, and in others, under the Passports Act, 1967. There is little clarity on what documents the police check while arresting those who are alleged Bangladeshis.

The predicament of Bangladeshi prisoners, in general, and of Bangladeshi women prisoners in particular, is grim. A number of women who are victims of trafficking are arrested as ‘illegal’ immigrants, often while they are fleeing brothels or exploitative jobs.

Sometimes, Muslim women from West Bengal are arrested in other States when they are unable to produce documents — which makes them “Bangladeshi” in the eyes of the criminal justice system.

Most of the women I met had been child labourers, were married in their early teens, had experienced marital violence, their husbands had either deserted them or married another woman, or the women had chosen to walk out of bad marriages.

Rina, 21, divorced her husband because he was a drug addict and she had not wanted the marriage. “I was really young. I didn’t want to get married but didn’t have the courage to say this to my mother… this is why I am still upset with my parents,” said Rina. “So I decided to come to India for some time… I needed money to raise my child.” 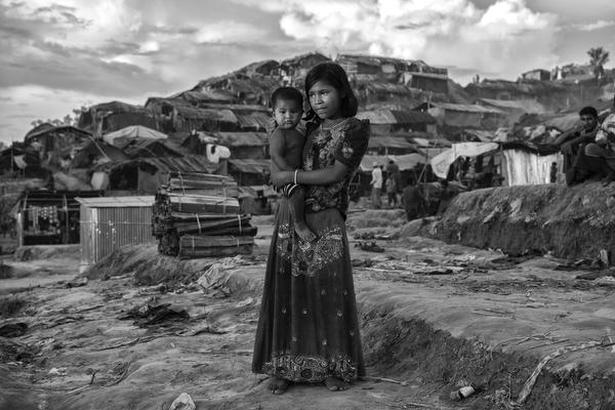 For most of these women, there is no understanding of borders or laws. (Representational pictures only.)   | Photo Credit: Getty Images

Domestic violence, the severing of relationships, and the subsequent livelihood crisis makes migration inevitable. Any promise of a better life is embraced — and opportunity often presents itself in the form of traffickers, who promise jobs in other cities in Bangladesh or in India.

What is a border?

Often, these women begin work in a garment factory in Dhaka or other Bangladeshi cities. Many women I spoke to mentioned a certain Pia as their co-worker and confidante, who first suggested the possibility of going to India. The spectre of Pia loomed large, and she seemed to be the principal organiser of their journey. Once in India, Pia’s associates took over. It was only much later that the women realised they had been sold into brothels. And so, the garment factories in Bangladesh, which are seen as a road to empowerment for women, often become the site of violence and disappearance.

As I pieced together fragments of their stories, it became clear that most of the women were still not sure about the political concept of borders. Our conversations gave an insight into the various ways in which a border may be visualised, laying the ground for multiple meanings and interpretations that do not necessarily rely on notions of security and power.

Rumpa, 20, a young mother, said, “This country is taking the help of Bangladesh and Bangladesh takes the help of this country. There seems to be nothing wrong with that. In Bangladesh, we eat Indian rice, Indians eat vegetables grown in Bangladesh. We take oil from India, we share water… there seems nothing wrong with all this exchange of goods; then why is there objection to women like us who come to work? We plan to go back… we don’t want to stay in your country forever.”

For most of them, the first realisation that they are making a mistake, bhool, happens at the time of crossing the border when the agent tells them to run across clandestinely, or makes them wade across narrow ditches or jump across barbed wire fences. Though they acquiesce and go through with it, focussed on a ‘bright future’, it’s here that a lingering fear and confusion begins.

In most cases, their fear is not linked to an understanding of borders or international laws. Only when they are arrested is the feeling of having committed a bhool followed by the realisation that they have committed an aporadh, a crime.

The biggest challenge for the criminal justice system as well as for these prisoners is when their sentence is done and they are to be repatriated to Bangladesh. They are taken to the border in West Bengal and here, they are ‘pushed back’ into Bangladesh. The women I met in West Bengal prisons had heard from the warders and from other women who had returned to prison that they would be “pushed back”.

In other words, there is no process or system in place. In fact, on occasions, they continue in prison in West Bengal even after their sentence is over since there are no clear repatriation orders. Thus, the moment of release from prison becomes their moment of greatest uncertainty. Inside the prisons in West Bengal, after their sentence is over and before they are sent back to Bangladesh, they are known as Jaankhalash. The word literally means ‘end of life,’ but for the women prisoners it means ‘free public’ — that they could roam around the prison as free people and not as prisoners. But this is also their hardest time.

They have questions that have no answers: no one seems to know when they will be sent back or ‘pushed back’; papers for their release cannot be processed easily since they are not claimed by Bangladesh either.

While various records and documents are maintained from the time a Bangladeshi is arrested, then released, then returned to the border, the process is still mired in confusion. Adding to the chaos, many women from West Bengal, Assam and other States are mixed up with the women from across the border. The shared physiognomy, culture and language makes identification complex.

A 2017 report by the Committee on Empowerment of Women titled ‘Women in Detention and Access to Justice’ discusses the vulnerability of foreign women in prison, but is limited to their difficulties in understanding a foreign language, the laws of the land and their lack of access to families. The report falls short of discussing the larger issue of repatriation.

Another report, filed recently by amicus curiae Ajay Verma in the Delhi High Court, focused on delayed trials, lack of communication with families, difficulty in getting bail, and language barriers, but it too skirted the process through which they are are sent back. Nonetheless, these are important beginnings to a discussion on the condition of such prisoners.

With the NRC in Assam, women prisoners from Bangladesh are likely to become more marginalised and silenced. Will they be brought from different prisons in the country and sent to the detention centres that the State is now setting up? What is the process by which they will be repatriated from here? As citizenship and belonging come constantly under question, these women on the margins, with no claims on any national identity, will remain nowhere people.